One boy's heart to end homelessness 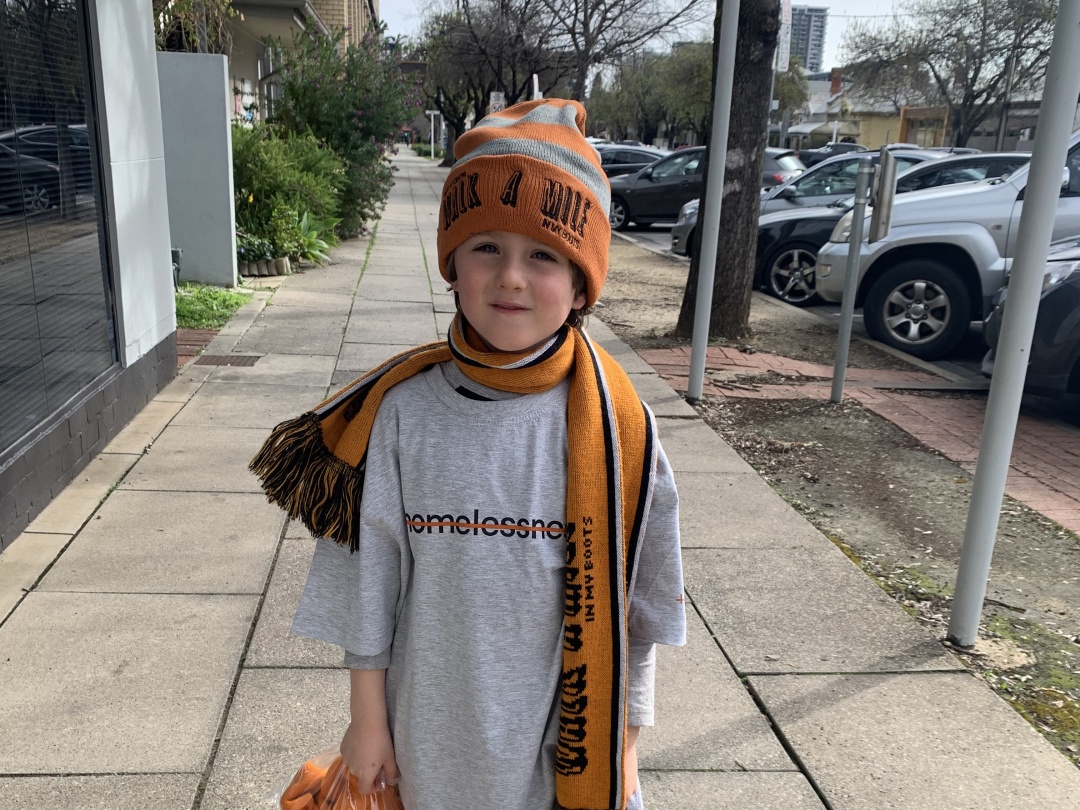 Arie knows firsthand that you’re never too young to make a difference.

Since the age of four, Arie has been determined to play his part in supporting people doing it tough. Growing up near Victoria Park, he’d seen people sleeping rough or in tents and wanted to help – but didn’t really know how.

Arie’s mum, Nikki, supported him to find a practical way to channel his compassion:

“Arie asked his grandparents to drive around the streets and help people who were experiencing homelessness. We couldn’t do that, so we decided to join the Walk a Mile in My Boots Challenge to raise money.”

Fast forward a few years and, at age six, Arie has just completed his third Walk a Mile in My Boots Challenge! Nikki is Arie’s number one cheerleader:

“I like raising lots of money and making a difference. My mum helps me fundraise on her social media.” 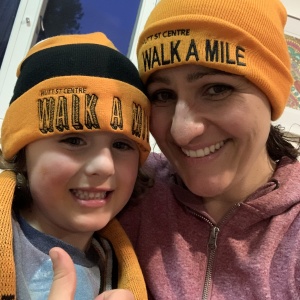 Nikki takes to social media each year, sharing posts about Arie’s Walk a Mile in My Boots Challenge to spread the word and raise donations. Friends and family of Arie and Nikki shared the posts with their own social media networks, which meant people they didn’t know donated as well:

“Because Arie is so young and because it’s such a good cause we had lots of people contributing.”

This year Arie and Nikki set a target of $2,500, and raised an amazing $2,786! Arie enjoys being a part of a community that is committed to supporting people doing it tough:

“I liked that I met some other people doing the walk with the orange gear on. I’ve got an orange beanie, scarves and socks, but they’re too big for me.”

Arie firmly believes that all people deserve to have their basic needs met, including shelter over their heads and access to food:

“I’d like to see people sleeping rough get a bed, and a home, and other stuff that I have.”

Thank you, Arie and Nikki, for believing that everyone deserves a safe home and a full stomach.

And thank you to everyone who took part in the 2022 Walk a Mile in My Boots Challenge, supporting our vision to end homelessness.